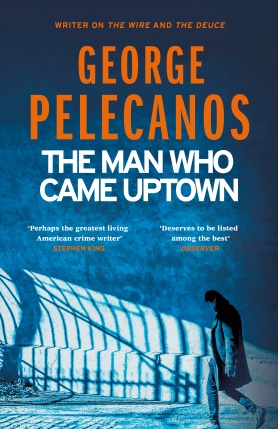 A new George Pelecanos crime novel is always something to celebrate, especially nowadays, when he’s veered into the land of television, writing and producing shows such as The Wire, Treme and The Deuce, so the release of his prose work is increasingly sporadic. The Man Who Came Uptown is a welcome return five years after his last novel, The Double, and three years since his collection of short stories, The Martini Shot. And while much of this story is classic crime noir — cops and PI’s moonlighting as criminals; ex-cons trying to live a straight life, enticed back into the same dark undercurrent they’re trying to escape  — it’s also about the redemptive and transformative power of books. Anyone thinking that sounds too sanctimonious, or that Pelecanos has gone soft — stop. This is as gritty as everything that’s come before. The violence on the page is brutal, and you’ll be lost in the haze of the characters’ amorality. The Man Who Came Uptown is crime writing of the highest order — a taut page-turner with a stunning climax, and far greater depth than your average whodunit or potboiler.

The lives of three characters are entangled in The Man Who Came Uptown. Phil Ornazian is a middle-aged private investigator in D.C. who makes the bulk of his money stealing from criminals. He rationalises this by considering it ‘vigilante justice,’ — these’re bad people’s money, after all — and imperative for the financial security of his young family. He operates with a guy named Thaddeus Ward, an ex-cop turned bail-bondsman, who packs quite the armoury. But some jobs require a third person — a driver — and Oranizan knows just the dude to assist their next hit: the titular ‘man who came uptown,’ Michael Hudson. In street parlance, ‘going uptown’ means getting out of jail, and the only reason Michael got his freedom is because of Oranzaian, who banked the favour for the right time. Which is now.

Thing is, Michael is keen to avoid repeating past mistakes. He’s got a steady job as a dishwasher at a local restaurant — not much, but it’s a start, something to build from —  and he wants to make good on his promise to stay straight. In prison — thanks to its mobile librarian, Anna, who is the book’s third central character — Michael discovered the joy of reading, and the ability to escape his cell through the power of the written word. The first thing he purchased out of prison was a bookcase, and he’s determined to fill it. And Anna’s periodic reappearances in his life reaffirm his desire to remain on the side of the angels. But Ornazian has the power to send Michael’s life spiralling, and doing this one job might get him off his back. Or it might lead to more illicit work. And straight back to prison.

The Man Who Came Uptown is a book about survival; how life sometimes forces you into a corner, and individual fortitude and morality often determines how far you’ll go to get out of it. Sometimes karma catches you; sometimes it doesn’t. Live a good life and bad things can still happen; the opposite is also true. One thing is certain: you’ll race through Pelecanos’ latest to learn the fates of his characters. 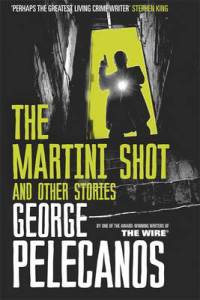 The Martini Shot features eight compelling portraits of lives touched by, and in some cases embedded in, crime. George Pelecanos provides unflinching insight into the cognizant and inadvertent decisions and actions that can derail lives, and shift a person from the straight-and-narrow to a darker path. There are no heroes and villains in this collection: just people, reacting to their circumstances in various ways, and suffering (or succeeding) because of it.

The Confidential Informant involves a street-wise kid and his twisted desire to make his father proud. The plan he hatches to claim a $1,000 reward for information regarding a recent murder has devastating consequences; but the kid’s quest for redemption in the eyes of his father makes for enthralling reading, and proves to be one of the collection’s best. Chosen chronicles the lives of a Greek-American couple and their adopted trio of sons, the youngest of who is Sepro Lucas (who will of course be familiar to veteran Pelenacos readers). It provides fascinating insight into character’s backstory, but doesn’t add anything vital to the Lucas mythos. Despite the lack of action and a real narrative thrust, it’s a highly entertaining sojourn into the past.

String Music offers parallel narratives: Tonio Harris, who has made an enemy of some very bad people, and Sergeant Peters who makes it his business to protect the kid. It’s a snapshot of life on the street, revealing the harsh, gritty reality of both sides of the law; essentially, Pelecanos doing what he does best.

When You’re Hungry shifts locales, set in Brazil, where an alleged murder victim has been sighted and a crack insurance investigator is dispatched to provide confirmation. Along the way he makes some misinformed alliances, and suddenly this simple job in this apparent paradise takes a darker turn. One of my favourites, Miss Mary’s Room, again sees Pelecanos spotlighting life on the street, and the ruthlessness required to survive. The narrator’s callous attitude towards the intended murder of his friend is chilling; so too his final words. Plastic Paddy, meanwhile, recalls the dangers a group of friends faced while smoking dope in their youth, and how meaningless that time of their lives was.

The Dead Their Eyes Implore Us dips into the world of Nick Stefanos (a Pelecanos regular) and stars an immigrant who struggles to build a meaningful life in America; a task made even harder when he takes it upon himself to enact vengeance on the person who killed his friend.

The title novella, The Martini Shot, sees a TV writer / producer, Vic, tracking down the men who killed his gaffer – a drug dealer (albeit an amiable one). Pelecanos clearly utilizes knowledge garnered from his time on The Wire and producing his own independent films, using lingo most of us aren’t be familiar with. It’s a solid story, but is padded in comparison to the other stories, and lacks that special something because of this.

The seven short stories, plus novella, are a tour de force from George Pelecanos. For new readers, a satisfactory introduction to his work; for long-time readers, an enjoyable appetizer until his next full-length release.