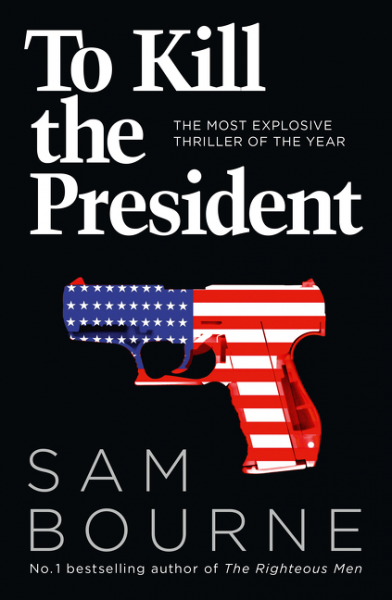 In To Kill the President, a White House legal aide uncovers a plot to murder the recently-elected US President who, though never named, seems uncannily similar to the current man in office. But should Maggie Costello intervene? Many would argue the world would be better off without the volatile demagogue as Commander in Chief.

Guardian journalist Jonathan Freedland once again takes up the Sam Bourne mantle in this gripping and chillingly realistic political thriller. Early on, its main antagonists feel like vicious caricatures of their real-life equivalents — uber-misogynistic, dangerously cunning, their viewpoints abhorrent — but it only takes a quick glance at the news headlines to realise Bourne has merely ratcheted up the personalities and cruelties of those presently in office. The scenario he has conjured seems implausible, sure. But impossible? Frighteningly not.

To Kill the President opens with the President — who remains unnamed throughout the novel — perilously close to launching a nuclear attack against North Korea, violently escalating what was merely a war of words. He’s halted at the last moment, through quick thinking and more than a hint of luck, but it becomes clear to certain high-level White House personnel: this President has the potential to destroy not just the United States, but the entire world. Something has to be done. And extreme circumstances call for extreme action. But when Maggie learns of their intentions, she struggles with the moral dilemma: surely allowing the assassination to occur would represent an undermining of democracy, never mind the fact it might push the USA into civil war. But is the alternative amenable? What constitutes the true patriotic act? What makes most sense for the country? Which choice would she be able to live with?

The thriller charts the planning of the assassination all the way through to its aftermath; readers won’t be surprised to learn things don’t quite go as planned. Amidst that, Bourne unravels the complexity of Maggie’s personal life, as well as an ill-fated decision she made during the previous presidency and election (which, it’s fair to say, altered the course of history); plus there’s the small matter of surviving various attempts on her life when the conspirators learn of her investigation. Bourne’s prose sings, and fully-fleshed characters and a compelling moral-dilemma make the pages almost turn themselves. Literate, top-notch action laced with geopolitical commentary: To Kill the President is superbly entertaining.