Romantic comedies have brought audiences to cinemas since the golden age of Hollywood, myself among them. I love watching the girl / guy chase the person they’re so bloody obviously destined to be with. I hate it when they’re not together, when things go awry, because of some dumb mistake, or because of that side-character the protagonist thought was the one finally, and the relationship you know is meant to be eternal, ends And I’m there cheering at the end when, inevitably, true love finds its way, and they’re together, presumably destined for a lifetime of happiness. And I pretend that, one day, my life will mirror that of the rom-com, that all the bad Tinder dates and awkward exchanges at bars is just the prelude to a happily ever after. So when I heard the premise of The Book Ninja by Ali Berg and Michelle Kalus — that they had penned, ostensibly, a bookish rom-com — I eagerly awaiting the arrival of a review copy. And when I got my hands on one, it immediately moved to the top of my reading stack.

I inhaled The Book Ninja in a two-hour reading binge on a flight to Hobart last weekend. Whipped through its pages like my life depended on it. Stifled guffaws of laughter, and tears that pricked my eyes. I raced through it. It’s not that Kalus and Berg’s book defies the genre’s stereotypes and ignores its tropes; it’s that it plays to them so brilliantly. This is a book that knows precisely what it wants to be — light, heartfelt, funny, and at a fundamental level, purely entertaining — and these two authors captain their ship perfectly.

Frankie Rose is desperate for love. She’s tried of online dating, and done with it. So inspired by her job at The Little Brunswick Bookshop, she decides to take fate into her own hands and embarks on the ultimate love experiment. By planting her favourite books on trains inscribed with her contact details, she hopes to lure the sophisticated, charming and well-read man of her dreams. There’s just one problem: Sunny, the stranger who has entered her life, and who seems like the perfect catch, if not for his love of the YA genre, and the hole in his heart from his past. Add in a bunch of subplots — a best friend about to give birth, Frankie’s struggles to resurrect her writing career — and there’s plenty here to keep you turning pages.

Littered with bookish references, but never too on the nose, The Book Ninja is a sheer delight from first page to last. It’s bright, funny, heartfelt, and charming — I had a blast with it, and days later, I miss its characters. Can’t ask for much more than that. 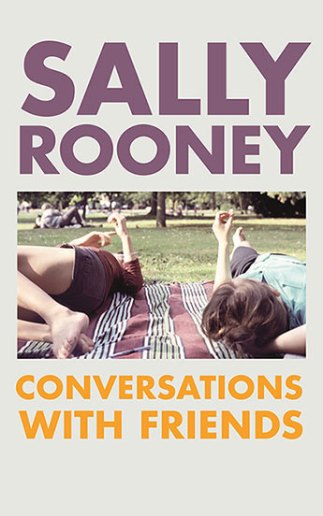 Excitement for Sally Rooney’s debut novel spread like wildfire through Potts Point Bookshop when one of my colleagues began raving about it, calling Conversations With Friends the book for millennial women of 2017.

Honestly, it’s this close to being the book of 2017, period.

A clever, poignant, and true-to-life tale, this story about the entangled affairs of an intelligent but aloof 21-year-old woman from Dublin made me laugh and cry in equal measure. I was so enraptured in the complex relationships between Frances, Bobbi, Melissa and Nick, I read the book in a couple of sittings, and days later, I miss being in the head of Frances.

Frances, a creative-type, performs spoken-word pieces with her best friend and ex-lover, Bobbi, and have achieved a modicum of success. When acclaimed writer and photographer Melissa approaches the pair to do a profile on them, they accept. It turns out to be a defining moment of their young lives. While Bobbi is taken with Melissa, Frances becomes infatuated by her actor husband, Nick; handsome and mysterious, more than a decade older, and seemingly out of hear league. Or maybe not, because as it turns out, Nick shares her affection, and the two begin a passionate affair, complicated not only by his martial status, but stunted affection on his part, and Frances’s own self-doubt. And in the midst of this emotional turmoil — augmented by neglectful parents — Frances is forced to confront a debilitating medical problem.

Conversations With Friends is a moving, emotional masterpiece, coherently detailing the life mood and voice of a contemporary woman. This is no comforting, chocolate-box, Sunday-night TV movie; Rooney’s novel is raw and heartbreaking, punctuated with moments of great triumph and happiness. It is at once light, joyful and emotionally devastating, with a deeply affecting protagonist. A true must read, and one of the best books of the year.