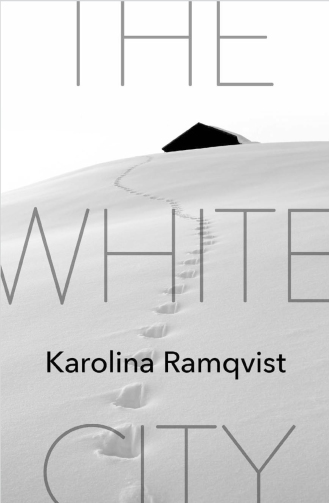 The White City is a resonant book, each sentence handcrafted with precision, its themes enchantingly explored. While its setup might sound like it has the makings of a crime thriller, Karolina Ramqvist’s English debut is instead an unflinchingly honest examination of a woman’s isolation, and her determination to survive with her daughter in their new reality, stripped of the riches Karin’s boyfriend, John, provided through his criminal activities, and removed from the support network of his acquaintances friends.

Set in the middle of a freezing Scandinavian winter, Karin’s struggles as a single parent are exacerbated by the looming threat of the Swedish Economic Crime Authority who are threatening to take her home, and all of her possessions. Her daughter, Dream, is a typical newborn, simultaneously awed and terrified by the world around her. Ramqvist details every tantrum, spit-up, pooping episode, and every other milestone mothers will have experienced, including cooing and the cuddling. A standard crime thriller would relegate Dream to being merely baggage for Karin; in Ramqvist’s hands, she is a living, breathing child, a genuine physical, oftentimes exhausting presence. Indeed, much of The White City consists of Karin managing her newborn.

Against a backdrop of violence and deceit, Karin’s quest to claim what she feels is rightfully hers — a chunk of John’s kingdom, which would therefore secure Dream’s future — is lytically elucidated. Ramqvist makes us feel for these characters, and even though much of the early tension dissipates, it’s a remarkably enthralling tale.