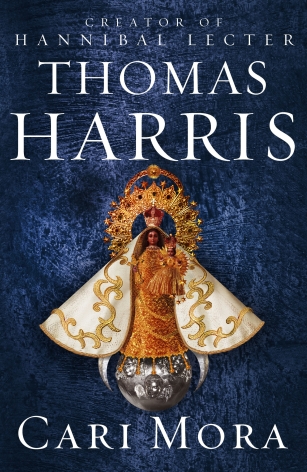 In a year of brilliant thrillers — think McKinty’s The Chain or Crouch’s Recursion — readers don’t need to settle for anything but the absolute best when it comes to turbocharged literary entertainment. Which is unfortunate for Thomas Harris, and the first book he’s published in thirteen years, because it is devastatingly archaic by comparison. It’s not even a fun throwback to a bygone era; Cari Mora is completely lacking in thrills, chills and even the shadow of a memorable character; and despite its lean page count, it is a slog to get through. The Silence of the Lambs this ain’t.

The plot involves a booby-trapped stash of Pablo Escobar’s gold, hidden in the basement of a luxurious mansion on Miami Beach, and a whole bunch of very bad dudes out to claim the treasure for themselves. Which actually doesn’t sound so bad — I bet Donald Westlake, writing under his Richard Stark pen name, could’ve done something amazing with that set up — but its unfolding chafingly uninventive and peopled with a two-dimensional, ridiculously villainous cast (there’s the guy who walks in for one scene to eat a human kidney — just ’cause; and the hairless albino whose favourite method of torture is a liquid cremation machine.

There’s the titular heroine, Cari Mora, a gorgeous former-FARC guerrilla, who works in the mansion as a housekeeper, whose backstory is sketched haphazardly, but at least provides the story with a glimmer of heart and humanity. But she’s not enough to sustain interest. The narrative lurches from one point of view to the next — at one point we even get to witness the inner thoughts of a crocodile — but it’s done without any panache. Uninspired and unsatisfying; for Harris completists only, and only if you must.