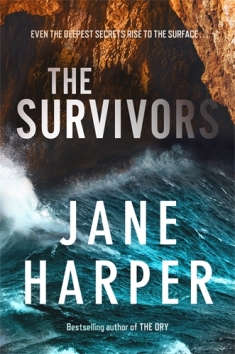 Jane Harper’s “The Survivors” is a splendidly entertaining and addictive whodunit set in the small coastal town of Evelyns Bay in Tasmania. It is a crystallisation of Harper’s three preceding novels — “The Dry,” (2016) “Force of Nature” (2017) and “The Lost Man” (2019) — and plunders similar themes of childhood friendship, family loyalty, and festering secrets, which threaten to break the thin-ice on which its characters live when the body of a young woman washes ashore.

Kieran Elliott’s life inextricably changed the day his recklessness cost the life of his brother; the same day an adolescent girl disappeared during a cataclysmic storm. Guilt has haunted him ever since, and resurfaces sharply when he revisits his hometown with his young family, and is forced to confront his past as police investigators probe the community about its newly dead.

I call it a ‘whodunit’ rather than a ‘thriller’ because the fate of its cast is never really in question, and its suspense — perhaps ‘tension’ is a better word — is procured not from a looming menace, but revelatory conversations between its characters, of which “The Survivors” has a Greek chorus, sharing contradictory impressions as the truth of what happened today — and years ago — remains tantalisingly difficult to determine.