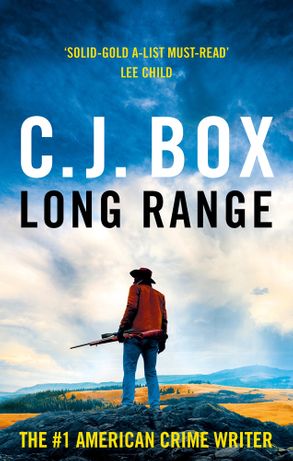 “Long Range” — the twentieth Joe Pickett novel — is a companionable entry in the series that sees the Wyoming game warden’s irrepressible ally Nate Romanowski — baddest of ex-military badasses — the primary suspect in the attempted assassination of Twelve Sleep County Judge Hewitt. As if that wasn’t bad enough, a Sinaloan drug cartel hitman named Orlando Panfile has arrived in Wyoming to avenge the deaths of the four assassins Nate dispatched in “Wolf Pack” (2019). Incarcerated by local authorities, Nate is helpless as the killer closes in on his wife and newborn.

This is standard fare for C.J. Box and his longtime hero Joe Pickett. But it would be crass to lament that we have seen and read it all before. I love Box’s strong cast, the tendrils of continuity that exist between his books, and his evocative descriptions of the Wyoming landscape. His novels are distinct for it. Certainly, in many respects, “Long Range” is made out of pieces of Joe’s previous adventures, not much of it new, but rest assured, each element is polished to a gloss, and the pages fly.

The trouble is, it’s hard to sustain suspense when we know, deep down, none of our heroes are going to be permanently damaged. Bruised and battered, sure — but nothing more than that. So by centring the drama around their mortality, which we know is never truly in question, rather than the complexity of its mystery, the book actually becomes less dramatic. Entertaining, for sure; and fans will love their annual visit to Twelve Sleep County, and checking in on Joe, Marybeth, and their daughters. This book may not be as knuckle-biting as Box’s best, but his taut, clean writing ensures his latest is never anything less than gripping.