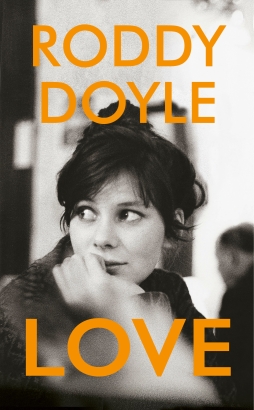 I’m a latecomer to Roddy Doyle, but was enraptured by Smile (2017) — a bleak novel about the legacy of institutional abuse in Ireland — and Charlie Savage (2019) — a collection of a year’s worth of hilarious, self-effacing and often poignant anecdotes, first published in the Irish Independent, about a middle-aged Dubliner reconciling with his own mortality. But Love is mysteriously expunged of the guffaw-inducing humour of the latter, or the shocking revelations of the former. And without either element, his latest is disappointingly bland, and by Doyle’s lofty standards, oddly prosaic.

Love shines the spotlight on two men in their late middle ages, who walk into a pub to drink and talk and reminisce. Several decades and hundreds of miles have separated Davy and Joe, but tonight they’re united, their conversation becoming increasingly drunken and sloppy, and pockmarked with revelations, the most significant (we think, until the novel’s latter stages) that Joe recently left his wife for Jessica, a woman he first met in one of the pubs he and Davy frequented in their youth.

Doyle’s the master of dialogue, and that’s showcased here, as he demonstrates the exacting nature of discourse between two emotionally stunted men, who are desperate to unveil their feelings, but burdened by the expectations of toxic masculinity. There are machinations on family and fatherhood, love and friendship, as they talk around their emotions; hide sentiment behind crude banter. Some of it is poignant, but much of it is exhausting. For a good hundred pages we are treading water, waiting for the novel to get to its point. I can’t help feeling this is a novel begging for a leaner page count.