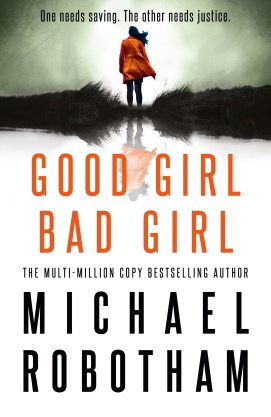 Michael Robotham has never been better than with this deliciously compulsive series opener starring forensic psychologist Cyrus Haven and the enigmatic Evie Cormac.

Good Girl, Bad Girl opens in Langford Hall, a high security children’s home in Nottingham. Haven is there to assess one of the residents; a girl without a past, memorialised by the press as “Angel Face” when she was discovered in a secret room in house in north London, at the age of eleven or twelve, hiding only a few feet away from where the police discovered the decomposing body of a man who had been tortured to death. Given a new name by the authorities ⁠— Evie Cormac ⁠— she ended up at Langford Hall after a series of failed attempts to assimilate into foster homes.

Six years after being found, Evie is determined to be declared an adult, and earn her freedom; Cyrus is tasked with evaluating her for possible release. But it’s immediately clear something about Evie is amiss. Not just her general unruliness and propensity for violence; she is a possible “truth wizard,” aka a human lie detector, which is subject Haven wrote a thesis on. Evie intrigues Haven, and he can’t help but empathise with her, having lived through a tragedy of his own. Which leads to an impulsive decision by him to temporarily foster her ⁠— just as he becomes involved in a murder investigation: the suspicious death and possible rape of Jodie Sheehan, a 15-year-old figure skating star-in-the-making.

Frankly, crime fiction doesn’t get more enjoyable than Robotham’s latest. Since Life or Death he has maintained an unbelievable level of consistency; and each time you think he might’ve peaked, he surprises you again. Robotham’s ability to deliver twist after heart-stopping twist is unrivalled, but his greatest gift, and the element that shines through with every book is the humanity of his characters. The crackling, page-turning tension is derived not from trickery, but thanks to protagonists you care for, and root for.In Cyrus Haven and Evie Cormac, he has created a duo readers will want to meet again — and soon.  With its clever action and characters who breathe, Good Girl, Bad Girl is one of the unmissable crime novels of 2019.