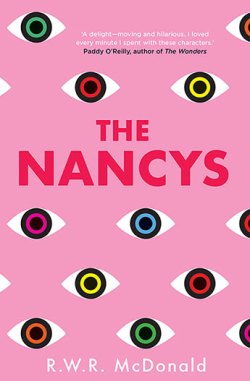 When eleven-year-old Tippy Chan learns of her teacher’s murder, she forms ‘The Nancys’ — an amateur detective club inspired by Nancy Drew — with her visiting Uncle Pike and his new boyfriend, Devon. Together, the trio converge on Riverstone  — a small town in New Zealand with a kaleidoscopic population of less than 4000 — and nose their way into trouble.

This is an ebullient, delightful novel, difficult to describe in a way that conveys its greatness without making it sound schmaltzy. On the one hand, it’s warm and funny; its laughs procured from Pike and Devon’s mordant humour; its affability derived from the Nancys’ burgeoning affinity, and their generous hearts. But The Nancys is also a stellar mystery, layered with red-herrings and suspense, the killer’s identity ably concealed until the final pages in a powerful denouement that has heartbreaking repercussions for Tippy.

The Nancys avoids the trap of condescension that ensnares too many well-meaning books written for adults starring preadolescents. Rob McDonald understands the innocence and purity of this phase in life — when the real world constantly threatens to invade, like a looming shadow, on the colourful pop of childhood — and he wonderfully captures the excitement, hilarity and occasional disillusionment of Tippy’s growing discernibility as she her fellow Nancys intervene in the townspeople’s affairs.

Written with verve, humour and heart, this is a stunning debut, one of those very special books that enthrals from its opening, and leaves you with pangs of regret, desperate to spend more time with its characters. This is hopefully not the last time we’ll meet this investigative trio: maybe a trip to Sydney is on the cards for Tippy?

3 thoughts on “Review: The Nancys by R.W.R. McDonald”