Enjoy my definitive — wholly subjective — list of the 10 books published in 2018 that I enjoyed most.

John Carreyrou’s riveting account of the Theranos scandal reads like a thriller. Only if this was fiction, you might question the plausibility of such duplicity and malevolence. You’d think: Nah; that’s a stretch. The fact it all happened — that Stanford dropout Elizabeth Holmes got away with so much, for so long — is astounding, and so brilliantly put together. In a year of standout non-fiction, this was a no-brainer.

With a plot that blasts along faster than a speeding bullet, and more hairpin turns than an alpine highway, Greenlight is one hell of a debut, and one of the year’s best thrillers. In a year that boasted some amazing Australian crime fiction — Candice Fox’s Redemption Point and Sarah Bailey’s Into the Night to name two other standouts — Stevenson’s absolutely blew me away as he deviously weaved a web of suspicion around the book’s many characters before revealing the killer in the jaw-dropping climax.

08. The Lost Man by Jane Harper

Set in the unforgiving landscape of the Queensland outback, The Lost Man is a cracking page-turner that explores the psychology of abuse and the desire for retribution. We know, of course, that The Dry was a transcendent work for Australian crime fiction, ushering in a new Golden Age for the genre. Its sequel, Force of Nature, vindicated those early accolades, proving that Jane Harper has the ability to produce relentlessly fast-paced and beautifully structured mysteries that fully exploit the harsh Australian landscape. But in my mind, The Lost Man amply fulfils the promise of its predecessors and sets the bar even higher. The intimate betrayals that pockmark this story are nothing short of devastating, and makes this Harper’s best book yet.

With Scrublands, Chris Hammer fashioned a meticulously written and propulsive crime novel, notable for its palpable sense of place, a slate of fully-drawn characters, and a meaningful denouement.  This was the book I was most excited about at the beginning of the year, having heard rumblings about it towards the end of 2017 from industry insiders and fellow booksellers. It lived up to the hype. Hammer’s next book can’t come soon enough.

06. The Seven Deaths of Evelyn Hardcastle by Stuart Turton

Agatha Christie meets Quantum Leap in Stuart Turton’s high-concept, ingenious murder mystery. It’s the sort of book needs to be read in a spoiler-free bubble. The less you know about its labyrinthine plot the better. It is a mystery novel on an epic scale. It’s honestly brilliant.

Clock Dance is an intimate and tender tale of marriage, family and home. Achingly observant and endearing funny, Anne Tyler brilliantly explores a woman’s steps towards reshaping her own destiny and choosing her own path. The book brims with insights that sum up entire relationships. 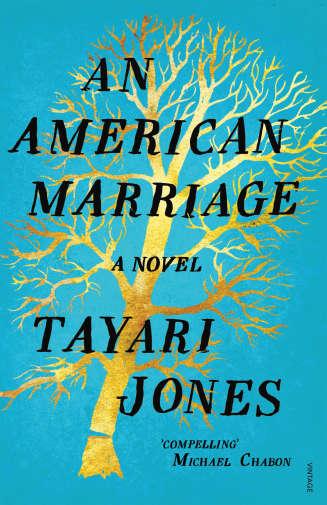 04. An American Marriage by Tayari Jones

Tayari Jones’s An American Marriage is a haunting masterpiece; a stunning, first-rate piece of literature that will make you think and feel. Ostensibly the story of a marriage interrupted by a grievous mistake, this is a timely work about what it means being black in contemporary America.

03. The Ruin by Dervla McTiernan

In Dervla McTiernan’s debut The Ruin, an elaborate plot and vivid setting serves as mere backdrop for showcasing her greater talent: creating unforgettable, emotionally textured characters, DI Cormac Reilly chief among them, and putting them through the emotional wringer. When you think of The Ruin, think fast, furiously-paced crime solving laced with social implications that are as frightening as any chase or shootout ever put to paper. This was the first crime novel I read this year, and it set an incredibly high bar for every book in the genre that followed. 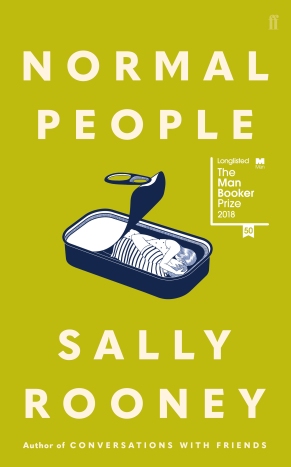 Sally Rooney’s ability to recognise and deftly chronicle the nuanced, critical moments of human relationships, is again brought to the fore in Normal People, her brilliant follow-up to last year’s Conversations With Friends.  It takes an unflinching look at the intricate nature of love and friendship, and the impact a person can have on another person’s life as it charts the relationship of Connell and Marianne with humour, tragedy and deep insights that will make you both laugh and cry.

Compelling and unnerving in equal measure, A Ladder to the Sky probes the toxicity inherent in naked ambition and the depravity one man will embrace in order to achieve literary acclaim. Disturbing yet seductive, John Boyne has crafted the best book of 2018, and one of my favourite books, period.