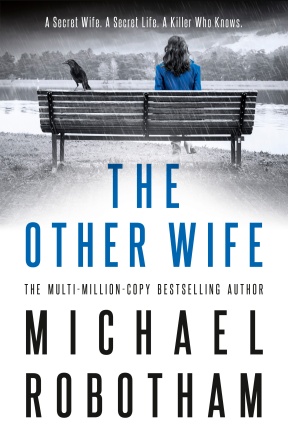 In a genre overstuffed with pretenders, Michael Robotham somehow manages to crank out one winner after another. His latest — possibly the final book in the Joe O’Loughlin series, if we’re to believe the endnote — works as both a compulsive mystery and a meditation on fatherhood.

Clinical psychologist Joe, who struggles with Parkinson’s disease, is called to his father Michael’s hospital bedside following a brutal attack that has left him in a coma. But when he arrives, it’s not his mother or sister watching over William — a celebrated surgeon and family man — but a complete stranger; another woman, Olivia, who claims to be his wife.

Joe immediately refutes her assertion, but there’s too much evidence vindicating her relationship with his father. Somehow, William has maintained a secret life for twenty years; he has lied and deceived Joe and his family for two decades. But is his current situation a consequence of his dual lives, or something random? Is Olivia to blame, or her son? But then, where was Joe’s own mother on the night of William’s attack?

The beauty of Robotham’s thrillers is that they rely on human relationships rather than explosions and blasts from sawn-off shotguns to fuel their nerve-shredding tension. As events unravel, Joe’s investigation into his father’s attack spins out into a web that snares a wide cast of characters. Robotham expertly plants red herrings; every time the reader thinks the plot will fall into predictability, the ground shifts and the direction changes. And the end, when it comes, is a satisfying surprise, a pulse-pounding, breathtaking climax built on clues that were on the page all along.

If you have a taste for crime fiction and haven’t read the Joe O’Loughlin series, you could start here — this might be ‘the end’ for Joe, the book works perfectly as a standalone — while rusted-on fans will delight in Robotham’s latest; quite possibly his best.

One thought on “Review: The Other Wife by Michael Robotham”