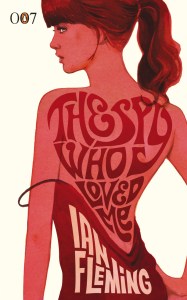 I’m all for authors writing outside their established wheelhouse, or breaking free of their ‘series characters.’ Recently, I’ve wished for Lee Child, mega-selling author of the Jack Reacher novels, to try his hand at a standalone; to remove himself from the ‘comfort’ of his nomadic purveyor of justice. Not that he has any reason to do this; the Reacher novels continue to do gangbusters, and always reach #1 on the sales charts. Heck, even I, the naysayer in this scenario, always grab a copy of his latest on the day of release. But the writers who have refused to conform – Harlan Coben, for example, whose batch of standalones over the past decade have elevated him into a sphere he might never have reached had he stuck with Myron Bolitar. And as much of a fan as I am of Dennis Lehane’s Kenzie and Gennaro, the landscape of crime and thriller fiction would be much poorer without Shutter Island and Live By Night. Standalones encourage experimentation. They allow writers to flex muscles they mightn’t have previously used. Alas, in the case of Ian Fleming’s The Spy Who Loved Me, the experiment is a failure – and one the author himself admits.

In principle, the theory behind The Spy Who Loved Me is sound; exciting, even, to have Bond analysed from another perspective. Because while there’s no question readers consider 007 a hero, the simple fact is, he is an instrument of death utilised by Her Majesty’s government. Bond will occasionally contemplate the morality of his actions, but the truth is, he assumes he is being used for good rather than evil, and merrily goes about the deadly business of espionage and, when called upon, assassination. In fiction, yes, he is a hero; but were we to meet such a man in person, if James Bond stood before us, what would we think of him? It’s an exciting question, and a solid premise for a thriller. Alas, it’s protagonist – Vivienne Michel – is merely a device used to showcase James Bond’s slaying of the men hunting her, rather than a full-fledged character.

It’s not that Fleming doesn’t attempt to establish her backstory – he does. Indeed, the first two portions of the novel detail Vivienne’s past love affairs and her long journey to the motel she has been entrusted to monitor for the night. But that’s just the problem – her history is seemingly comprised entirely of failed love affairs rather than anything substantial. She is a women defined by the men in her life, who finds herself threatened by two mobsters masquerading as insurance men, requiring the aid of another man – James Bond – to rescue her. Perhaps, had Fleming flipped the script and had Vivienne dispatch the men with her own wits, They Spy Who Loved Me might’ve been salvaged, or at least partially redeemed. Instead, it stands as a blueprint of how not to define women in fiction, a disappointing fissure in James Bond’s legacy.

2 thoughts on “Review: The Spy Who Loved Me by Ian Fleming”