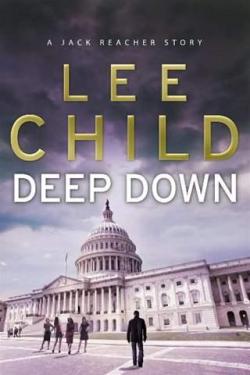 DEEP DOWN presents a younger Jack Reacher than we’re used to, in his mid-twenties, tasked with identifying a traitor operating inside the Capitol, selling military secrets to enemies unknown. The catch? The traitor must be identified clandestinely; and all four suspects are women.

Lee Child emphasises Reacher’s youth and relative inexperience as he questions his ability to woo these women into revealing their secrets. Nowadays, Reacher is a master of bedding beautiful women, and it’s a nice touch, reading about a Jack Reacher who isn’t quite as capable or as sure of himself, as he is today. Child hints at the man Reacher will eventually become, but he’s not there yet, hasn’t experienced what was necessary to become the nomadic hero we’re accustomed to. Though by no means is this essential reading, I certainly appreciate the author’s efforts in explicating key moments from his protagonist’s past, and the short-story medium is a great avenue to explore these in.

DEEP DOWN is brisk, easily read over an hour lunch break, but the plot lacks the punch of the Reacher novels. There are few thrills and spills here; rather, this is a competent, enthralling snapshot of an early Reacher mission, very much a straightforward narrative, told in Child’s usual style. It lacks that special something that has allowed the Reacher series to resonate, but nevertheless, this is enjoyable bite-sized entertainment.